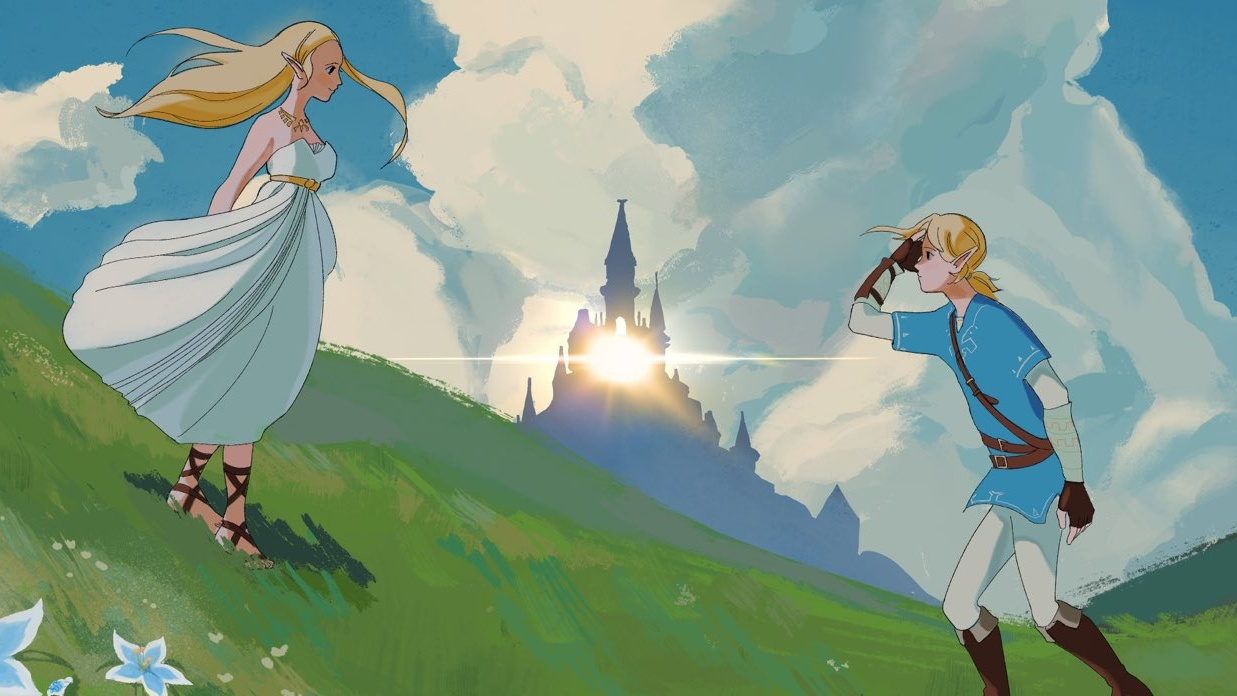 The Legend of Zelda: Breath of the Wild has inspired many creative projects since it was released and the latest one that’s caught the attention of many fans online is a Studio Ghibli-inspired poster by the illustrator and Twitter user, @BigSkyCastle.

As you can see, it’s a simple but stunning image of Princess Zelda and Link recreated in the style of Hayao Miyazaki’s iconic animated films. If you like the look of it, you can even order a print of this poster on inprnt.

This isn’t the first time we’ve seen something like this, either. In 2016, an animator by the name of Matt Vince uploaded a Zelda x Studio Ghibli animated movie trailer – giving fans an idea of what a proper animated Zelda series could potentially look like. Some concept posters were even created.

Would you like to see Zelda one day turned into a full-on anime movie or series? What do you think of the above fan-made poster? Leave a comment down below.

Breath Of The Wild Players Will Receive A Bonus Training Sword...

Breath Of The Wild Players Will Receive A Bonus Training Sword...

allyenx - September 26, 2020 0
If you purchase Hyrule Warriors: Age of Calamity when it arrives later this year and happen to have save data for The Legend...