Home Nintendo Try Not To Be Jealous Of The Fancy Super Mario 3D World...


Nintendo went live with their UK pre-order bonuses for Super Mario 3D World + Bowser’s Fury months ago, offering a series of plushies to go with next month’s Switch release, but South Korea might just have us beat.

Appearing across several retailers, we’ve now received images of a previously unseen steelbook edition, giving us a clear look at both sides and, as you can see, it’s absolutely stunning.

Adding to this further, Hong Kong’s own pre-order bonus has been revealed too, and though it’s not quite as notable as South Korea’s, they’ll be receiving a sticker magnet which acts as a decal for your smartphone. Swish!

There’s no news to whether either pre-order bonus will be available in the West at this time, sadly. Nintendo confirmed yesterday that we’ll be getting a new look at the new Bowser’s Fury content later today, so there’s a chance we might find out more soon. As a two-minute presentation though, it seems unlikely, but it would time up rather well. 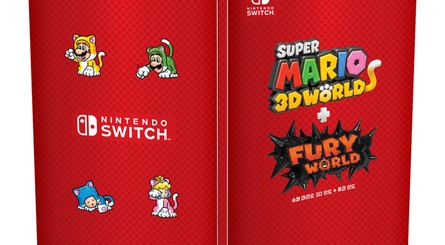 Considering that goes live today at 2 pm GMT, 3 pm CET, 6 am PT and 9 am ET, at least we won’t have to wait too much longer to find out.

Would you go for the steelbook edition if offered in the West, or are you happy with the current selection? Leave a comment down below.