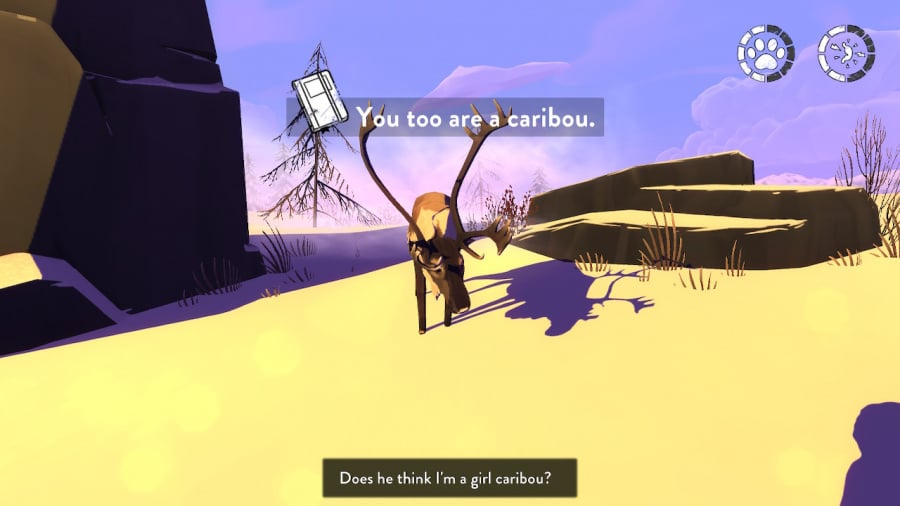 It is a truth universally acknowledged that every dog in possession of a big fluffy coat must be in want of belly rubs. At least, that’s the thesis behind the wildly successful Twitter account, “Can You Pet The Dog“, which judges games the only way they deserve to be judged: by whether or not the polygonal pooches within can be petted. It turns out that many game developers have gone through the effort of modelling and animating these hounds, only to leave the player with no choice but to leave them un-nuzzled. The horror.

We strongly suspect that The Red Lantern, Timberline Studios’ debut game, was made with “Can You Pet The Dog” in mind. Yes, you can pet the dog. You can pet all five dogs. In fact, it would be criminal not to.

These five dogs are your sled dogs, and you are The Musher, which is a term for the person who rides in the sled and says “Mush”, which is a sledding term that means “go forward, please”. It’s your job to help them, and you, make it all the way to your new Alaskan home in this survival-roguelite game that’s all about neat, careful resource management. 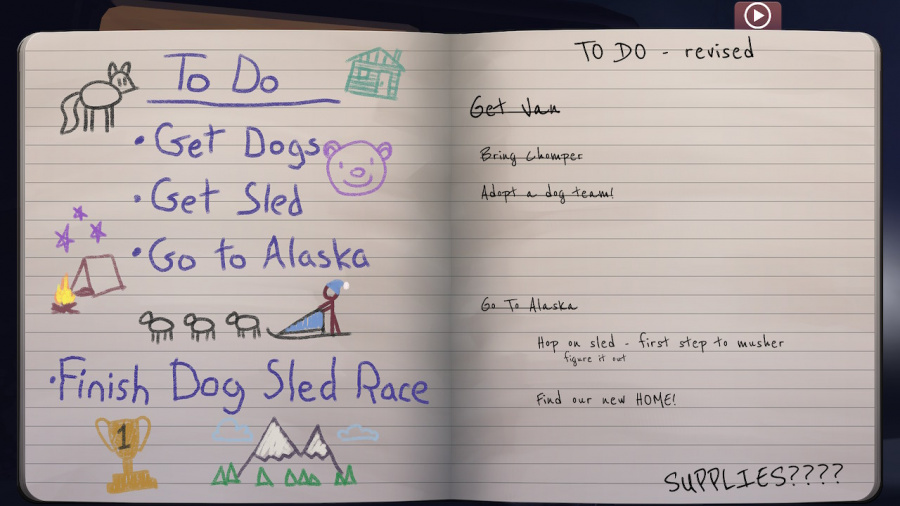 The bulk of the game is a simple but compelling run from point A (car) to point B (new home), making sure to not run out of food, bullets, energy, or healing kits. Every now and again you’ll be offered a choice, whether it’s the decision of taking the left or the right fork (“Haw” and “Gee” in sled-language), or whether to spend an extra bullet on that already-wounded caribou.

Food is scarce in the tundra, and food is everything. Every single one of your statistics is geared towards finding, and consuming, food: your energy level dictates whether or not you can afford to take on an encounter with an animal; your remaining bullets are the only reliable way to hunt animals for food. Run out of food, and your game will quickly – and abruptly – end, revealing that your failed run was actually a bad nightmare before the run even began. The Musher, voiced enthusiastically by Ashly Burch (Chloe in Life is Strange), will use the failures of the last run to better inform her next one, in the form of taking more of whatever you ran out of first. 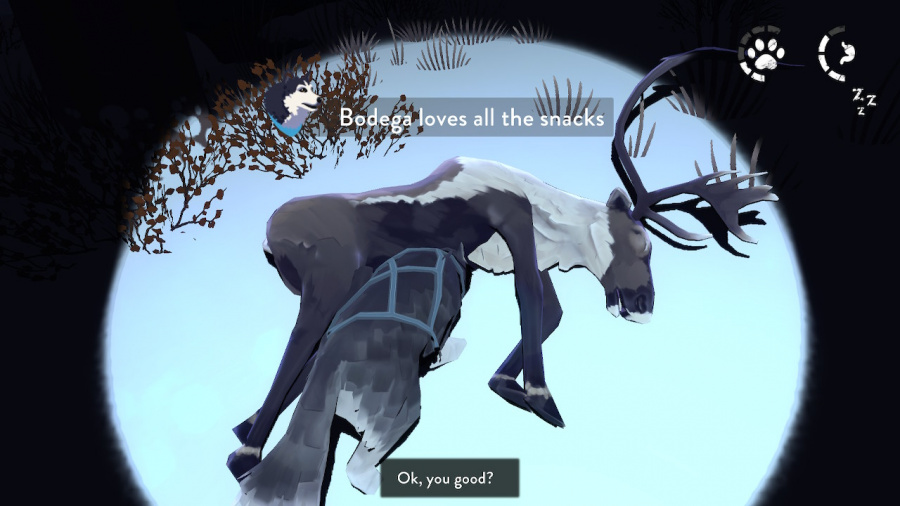 Burch’s warm, friendly voiceover steals the show in The Red Lantern, from the very first second she starts talking. However, she never really stops talking, either.

The writing is full of personality, and Burch does a fantastic job of showing how much character The Musher has, but it can begin to become grating after the fifth time you hear her say “ready to make some food” at the campfire, or the eighth time you hear her react in terror to the scripted wolf attack halfway through the run. It doesn’t help that the editing of the voice lines is a little too speedy to seem natural, making it seem like the Musher just polished off three Thermos flasks of strong coffee. You’ll find yourself skipping through these lines before long, which is a shame.

But when Ms. Mush isn’t talking, the game speaks for itself through the stunning art. The Red Lantern’s soft, faded, Instagram-filter-esque blush lighting shines through forests of pine trees and glistens on snowy cliffs, with vast frozen lakes that shimmer threateningly beneath the weight of the sled. The Red Lantern’s version of Alaska is beautiful, and incredibly impressive when you note that the game was built by a small seven-person team, with the addition of Hrishikesh Hirway, composer of the gentle piano-led soundtrack. 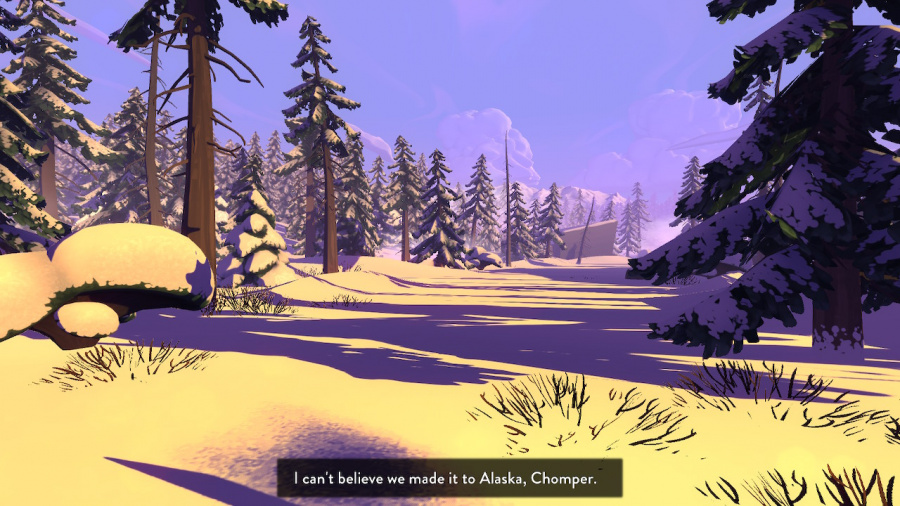 Unfortunately, there are times when the roguelite game loop falls short. Most roguelites offer one, or both, of two things to keep a player trying: knowledge, or rewards. Knowledge can be anything from “don’t go left at this spot, it’s a trap” to “chests always contain money” – things that will save you time, save your life, or make your next run easier. Rewards, on the other hand, often come in the form of upgrades, like a new weapon, a new skill, or currency to buy something useful for your next attempt.

The Red Lantern attempts to provide rewards to its player, as mentioned earlier: die of starvation, and the Musher will pack more meat in future. Run out of bullets too soon, and you’ll probably take an extra one next time. There are even larger rewards to find during a run, like axes to chop wood and fishing rods to get food, both giving you the ability to gain resources without sacrificing hunger. But these aren’t rewards for achieving something, they’re rewards for failing, and that’s where the game loop falls short.

Failure is a natural part of the roguelite loop, but The Red Lantern feels absolutely impossible for your first few runs. Once you lose a few times, and the Musher packs more resources, it gets easier, and more enjoyable. But enjoyability shouldn’t be locked behind failure, and the player shouldn’t need to slog through multiple gruellingly hard attempts to get to the good stuff. 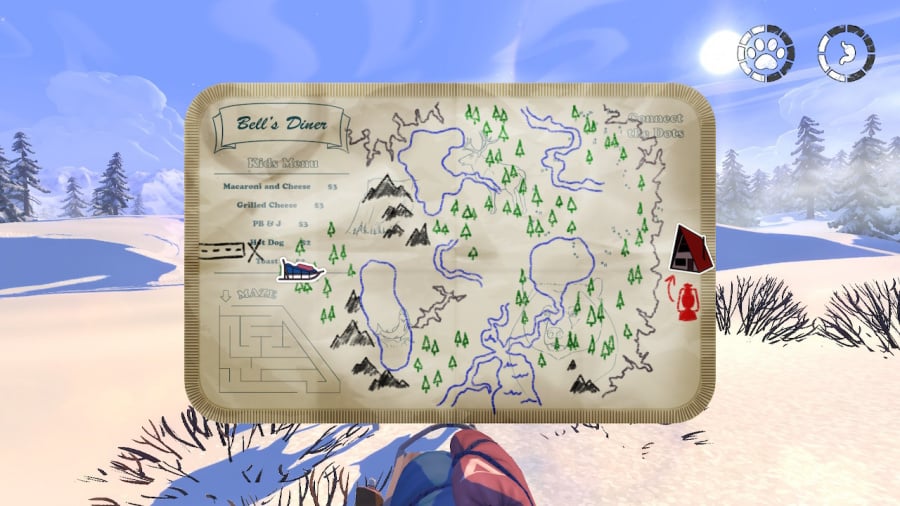 Much like many survival games – especially ones set in the snowy wilderness – The Red Lantern is punishingly difficult, and often through no fault of your own. The shooting minigame, which feels a lot like watching the DVD logo bounce around the screen, sometimes fails for no discernable reason. Sometimes prey escapes. Sometimes beavers drop trees on your head. This is all in service of replicating the inhospitable and unpredictable nature of sledding, but it makes it just too difficult for a player to actually use skill or knowledge to get through an entire run. In the end, when the run is actually completed and the player reaches the goal, it doesn’t feel like you succeeded at all – just that you got lucky.

Roguelites are about learning, and doing better the next time using the knowledge you’ve gained; survival games are about rolling with the punches. The Red Lantern attempts to toe the line between the two, and does so with many successes: the charming writing, the smart idea, and the artistic skill with which the game is made are all feathers in the cap of Timberline Studios. But the game’s repetitive nature, and the passivity with which unfair events occur, make it hard to get through a single run without feeling like things went wrong for no good reason. Maybe we’re just not cut out for the sled life.