We’re huge fans of PS VR at Rebellion. It’s why we re-imagined Battlezone for the launch of the hardware, and released Arca’s Path VR last year.

Since then we’ve been asked the same question over and over: “What about a VR Sniper Elite game?”. In March we confirmed we’re partnering with Just Add Water on just such a project.

However, it’s time we revealed what we’ve been working on – welcome to Sniper Elite VR!

A new front (for PSVR)

World War 2 has long been a fascinating setting for developers and players, but it’s been much less explored in VR. We’re telling a new story prior to the events of Sniper Elite 4 (set in Italy in 1943), penned by Tony Schumacher, author of the acclaimed John Rossett novels.

Rather than returning to our series lead agent Karl Fairburne, however, it made sense that in VR we made you the focus of the show. In Sniper Elite VR you’re playing an Italian resistance fighter in a mission to end the U-boat menace plaguing the Mediterranean.

With Battlezone we learned that building a game for PS VR from the ground-up was the best way to make the most of the system, and Sniper Elite VR is no different.

This is why we’ve introduced two important new features exclusive to VR – a first-person viewpoint and a variety of motion controls (including support for Aim and Move controls), putting you in the shoes of a WW2 sharpshooter. 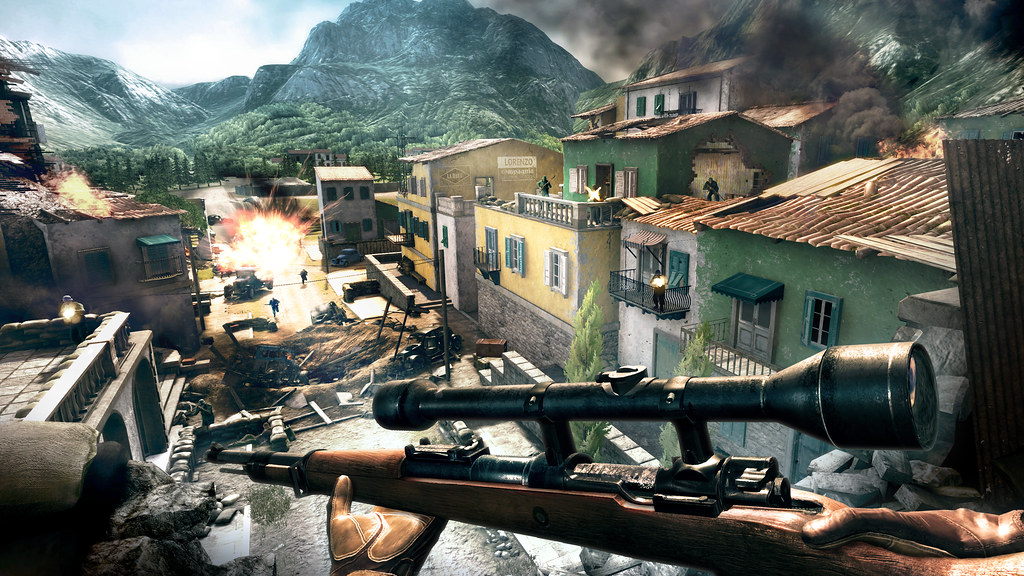 For fans of the series, that first time you actually bring the scope to your eye and physically lean over the cover to take your shot will hopefully feel both really new and special.

There are lots of elements to the Sniper Elite series we wanted to ensure we brought to VR, and freedom of movement was one of them. You’ll be moving you character as you would in a traditional FPS, traversing environments, ducking into cover to avoid enemy fire and getting the jump on fascist forces.

And yes, our signature X-ray Kill Camera is back, completely rebuilt for VR to enable you to see your bullets and the damage they cause in slow motion.

We can’t say a whole lot more as we have plenty of development still to come. But make sure to check out coverage from press and creators when they try out Sniper Elite VR this week!

id Software Will Share The Release Date Of DOOM Eternal For...

allyenx - July 4, 2020 0
With another week out of the way - this time bringing a brand new Smash Bros. update, a new Animal Crossing update, and...