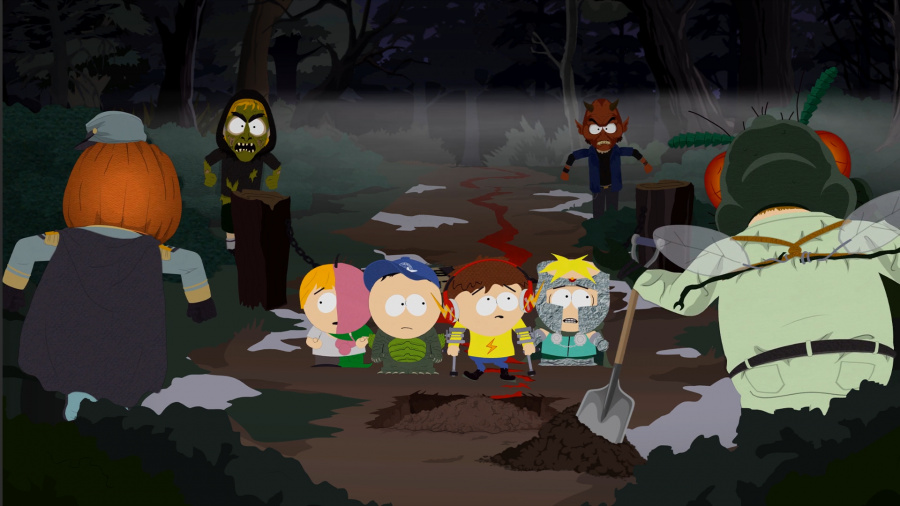 In addition to the news about South Park: The Stick of Truth arriving on the Switch eShop some point before September, Ubisoft and South Park Digital Studios have announced the second story DLC pack for South Park: The Fractured But Whole will be released on the Nintendo Switch on 31st July.

‘Bring the Crunch’ adds a brand new story campaign and also a new class to the game. Here’s the official PR spiel:

In Bring the Crunch, your newest buddy, Mint-Berry Crunch, aka Bradley Biggle, aka Gok-zarah, has just arrived from his home planet of Kokujon with the tremendous power of mint and berries. Meanwhile, an idyllic summer at Lake Tardicaca turns into a nightmare when the camp counselors go missing. With the fate of summer camp in jeopardy, Fastpass sends out a Coonstagram distress signal. Team up with FastPass, Doctor Timothy, Professor Chaos and the newest member of the Coon & Friends, Mintberry Crunch, to save summer camp.

Players will also be able to embrace the new “Final Girl” class and overcome insurmountable odds to survive. This superhero class brings new combat tactics and traps to take down spooky enemies. After saving Lake Tardicaca, players will be able to bring their new powers and buddy to the rest of their superhero adventure.

Have you played South Park: The Fractured But Whole? Are you looking forward to the downloadable content? Do you intend to play The Stick of Truth when it arrives on the Switch? Tell us below.