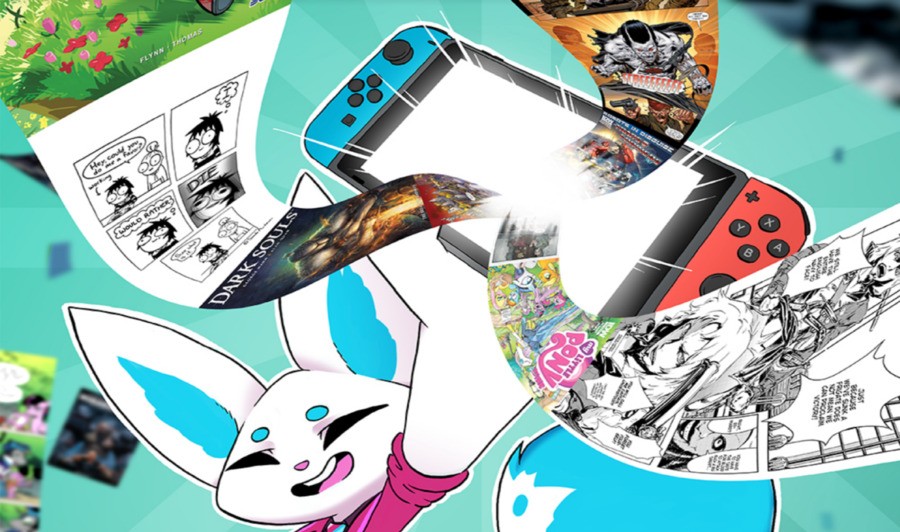 A brand new subscription service is headed to Switch which allows users to read comic books and graphic novels, becoming the very first worldwide app for Nintendo’s console in the process.

The subscription-based service will give users access to its full library of comics and novels for €7.99 / $7.99 a month, essentially acting like the Netflix of the comic book world. Some examples of the comic franchises that will be available to read from the beginning are Transformers, Judge Dredd, Dungeons and Dragons, The Metabarons, and Warhammer, as well as several which are based on well-known game franchises like Dark Souls, Dishonored and Assassin’s Creed.

You can read these titles on your Switch in Handheld mode via the touchscreen, or even on the TV (which could actually be great for sharing stories with the family or reading along with children), and you’ll also be able to discover new titles through a built-in catalogue which features content suggestions based on your interests.

Ronan Huggard, CEO of InkyPen, has shared a statement on the app’s incoming release:

“InkyPen is the best way to read what you want, where you want from the rich world of graphic novels and comic books. We have no intention of selling content piecemeal, there are other places for that. We’re bringing an all-you-can-read model to the international community”.

InkyPen will launch on Nintendo Switch in November.

What do you make of this news? Are you interested in the subscription as a fan of comic books and graphic novels? How do you feel about the Switch receiving its first worldwide app? Share your thoughts with us below.