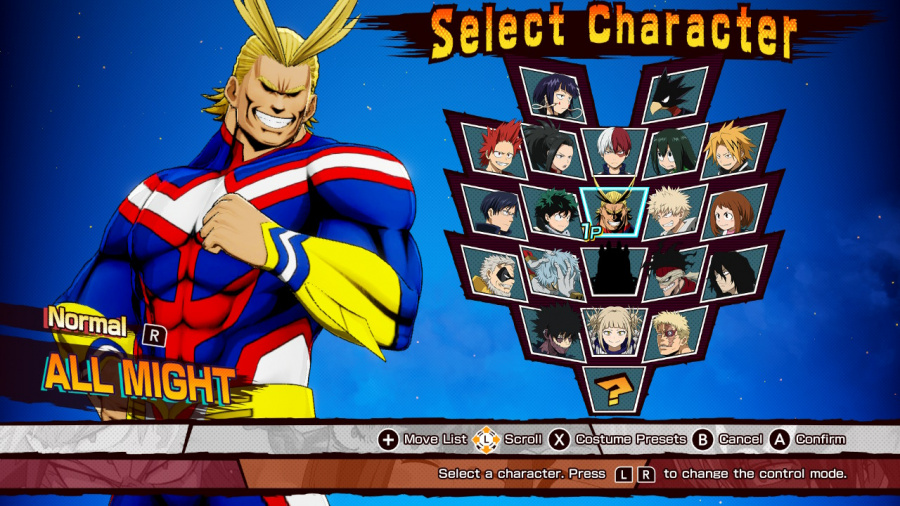 2018 hasn’t just been a golden year for fighting games – with everything from Blade Strangers to the upcoming Super Smash Bros. Ultimate laying the smacketh down on consoles – it’s also been a cracker for anime adaptations making themselves welcome on Nintendo Switch. So what happens when these two potent streams collide? Well, the answer is likely to look a lot like My Hero One’s Justice.

Based on the brilliant My Hero Academia series (which is based on a manga, as all things are from Japan), this over-the-top fighter certainly has all the theatrics and explosive battles befitting an anime all about a young boy with no powers who’s born into a world where being ‘super’ is considered the norm. At first glance, it plays a lot like other free-form fighting games such as Power Stone or Dragon Ball Xenoverse 2, taking away the traditional fixed plane and enabling you to run around an arena unleashing both ranged and up-close attacks on your opponent. 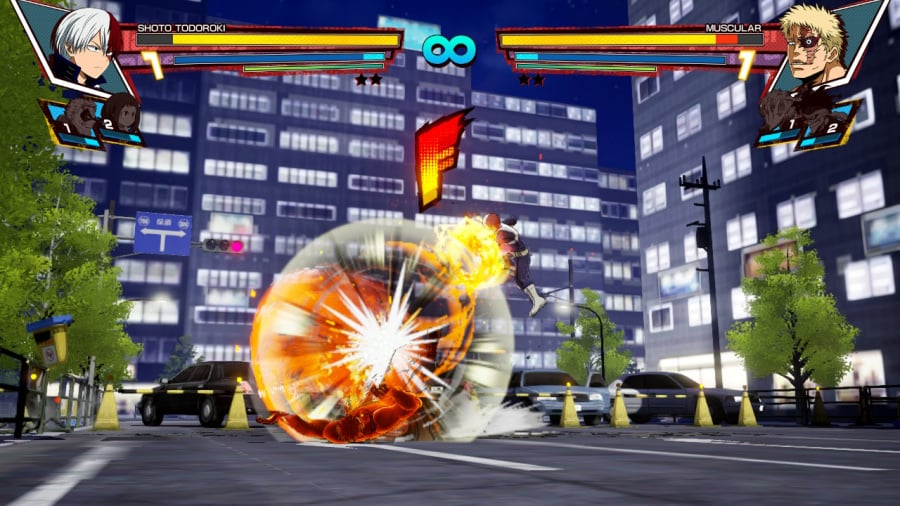 Whether you’re a fan of the source material or just someone in the market for a new way to battle at home or on the go, My Hero One’s Justice makes quite the first impression. Each character in the 20-strong roster has their own unique power (or ‘Quirk’ as they’re known in the anime’s parlance) which range from Kirishima’s armour-up buff or Todoroki’s powerful ability to fling fire and ice from afar. There’s a nice balance to how these abilities work against one another, and each one is perfectly suited to the character they’re linked to.

The main portion of this 3D fighter’s combat model is based around three kinds of attack that are bound together in a rock-paper-scissors style setup. Unblockable attacks can break through counters, normal attacks can undo unblockables and counter-attacks are the bane of normal attacks. The key is learning to preempt your opponent’s attack with one of your own, but even if you mess up, there’s always plenty of room to regroup and potentially turn the tide of a battle with an unexpected Quirk.

Every arena has destructible elements, and there’s a real thrill to throwing your opponent into a concrete pillar only to rush them and send your poor foe crashing straight through it. If developer Byking was aiming to capture the intensity of two super-heroes throwing down with the machismo theatrics of the My Hero Academia series, then it has done itself proud. But once you’ve played a few rounds of this super-powered fighter, you’ll soon discover there really isn’t much nuance to be found beyond the bravado of its exterior. 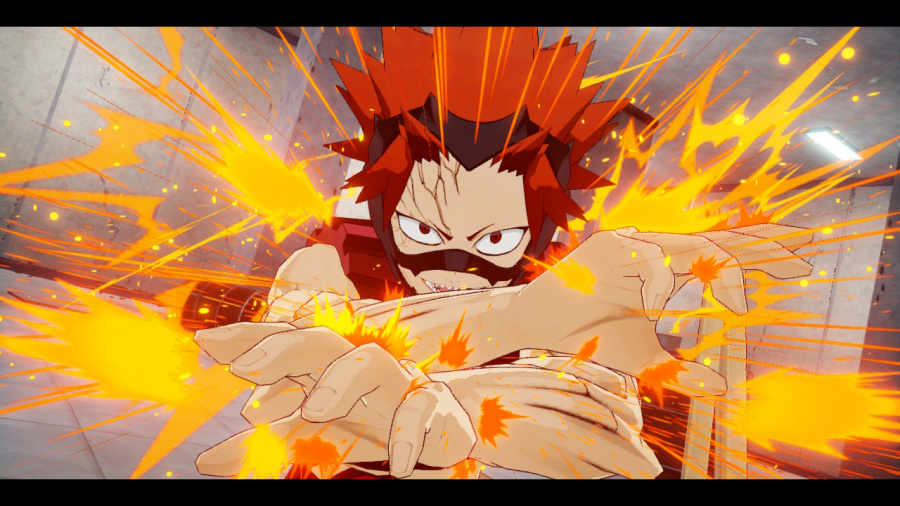 The developer has clearly aimed to build something that’s accessible first and foremost, offering up a loud and lively arcade brawler that wouldn’t look out of place in a bulky cabinet stuck to a sticky carpet in a smokey amusement arcade of yore. By that token, practically anyone could pick this title up and be laying waste to their opponents and the environment in no time, but there’s very little depth to the game’s core mechanics. There’s plenty of room for outlandish creativity as you mix up your counters and Quirks, but it’s unlikely to appeal much to fight fans looking for BlazBlue levels of mechanical nuance. Even Dragon Ball FighterZ – which also opts for instant accessibility over dazzling complexity – is deeper than this.

You do get plenty of modes for your buck, however. Arcade sees you in a six-tiered series of battles, while Missions offers a similar setup only with special requirements that spice up each encounter. You can also play cooperatively with a friend in Local mode, or head online for some distant fights thanks to decent netcode. However, if you’re a My Hero Academia fan in the West it’s the Story mode you’ll be hoping to sink your teeth into.

Covering the anime’s sixth story arc, My Hero One’s Justice doesn’t exactly pick the most natural of places to bring the series to a fighting game format. So many important story beats and key character developments during season two and three are seemingly dropped or placed out of sequence. It doesn’t help that the game doesn’t feature voice-overs from the western dub of the show, so you’ll have to stick to Japanese VO and English subtitles. If you’re new to My Hero Academia and you were hoping for a way into this world of superheroes and schooling, this really isn’t the best place to start.

While My Hero One’s Justice certainly looks the part – with all the crash, bang and wallop you’d expect from a game based on such an outlandish anime – it proves to be more style over substance. If the likes of Blade Strangers and SNK Heroines: Tag Team Frenzy have got you in the mood for easy-to-pick-up fighters, this title will easily fit that mould, but for everyone else, it’s a disappointing use of a franchise brimming with quirky (no pun intended) potential.

Splatoon 2 Keyrings Went Up On My Nintendo Today, And Immediately Sold Out

Random: This Wasp Run In Animal Crossing Will Make You So Nervous

Splatoon 2 Keyrings Went Up On My Nintendo Today, And Immediately Sold Out

Random: This Wasp Run In Animal Crossing Will Make You So Nervous

Splatoon 2 Keyrings Went Up On My Nintendo Today, And Immediately...

Random: This Wasp Run In Animal Crossing Will Make You So...

allyenx - January 16, 2021 0
We know you’re busy and might miss out on all the exciting things we’re talking about on Xbox Wire every week. If you’ve...