On the eve of a game launch, it’s hard not to get nostalgic about the journey that brought us here. For the team at Tripwire, it started with a goal: if we’re going to make an open world game, it has to be something special; something uniquely Tripwire. Even in its simplest form, playing as a bloodthirsty shark fulfilled a power fantasy unlike any other. So we got to work; refining this raw idea until it became Maneater: Tripwire’s first foray into the open-world genre.

We’ve poured our hearts and souls into this game, and we’re extremely excited to finally share it with the world. Here’s a quick rundown of all we’ve done to create the ultimate power fantasy in Maneater. 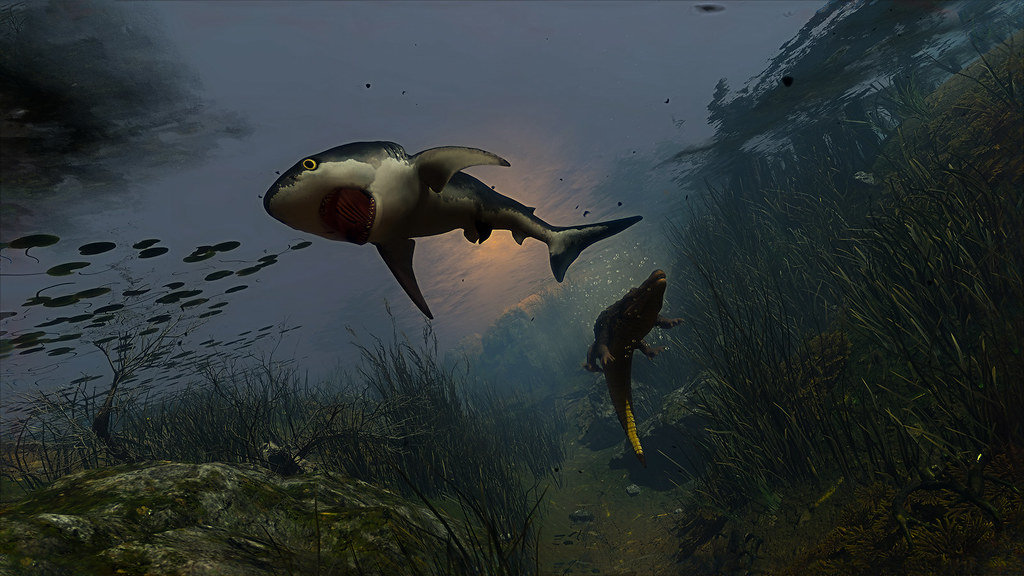 In order to make the player truly feel like they’re a ferocious shark, we spent a lot of time refining all of its movements and attacks so that it moves and behaves realistically. Traversing through the world is fast and fluid, and there are all kinds of visceral attacks that you can perform; even a whipshot move that will launch unlucky creatures as a projectile. 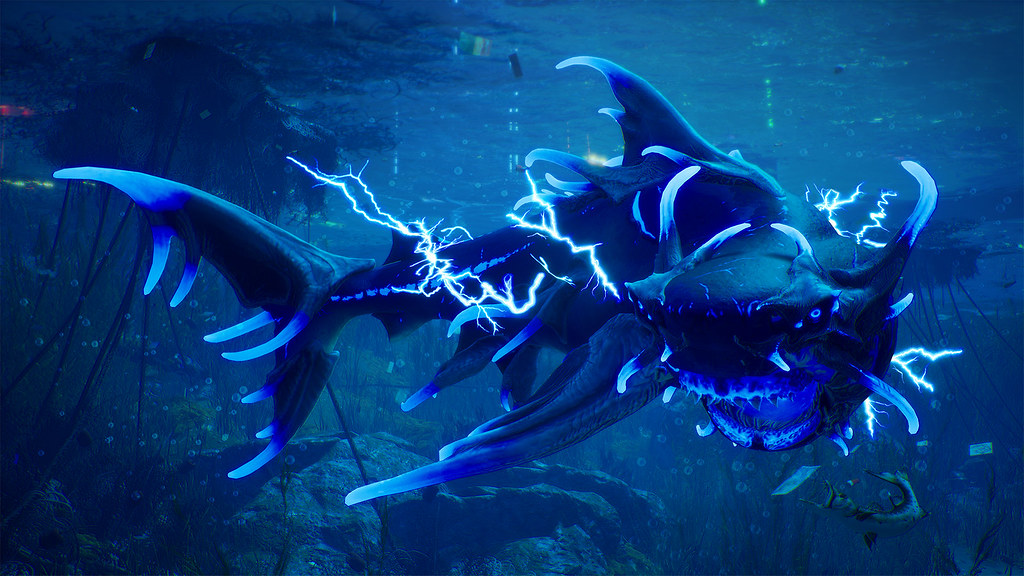 Like a lot of open-world RPG’s, much of Maneater’s progression is tied to upgrading your Shark’s abilities. The key difference is, the player shark actually grows bigger and more powerful as you level up! As you gain XP and gather nutrients, you’ll go from an infant shark pup to an elder beast of legend; complete with crazy evolutions that modify combat in new ways. This is truly the power fantasy’s secret sauce. Going from almost helpless to a battering ram with fins and teeth is an extremely fun way to experience a classic revenge tale.

Okay so we’ve talked about all of the sweet toys we’ve put into Maneater, now it’s time to talk about the sandbox you’ll play in. 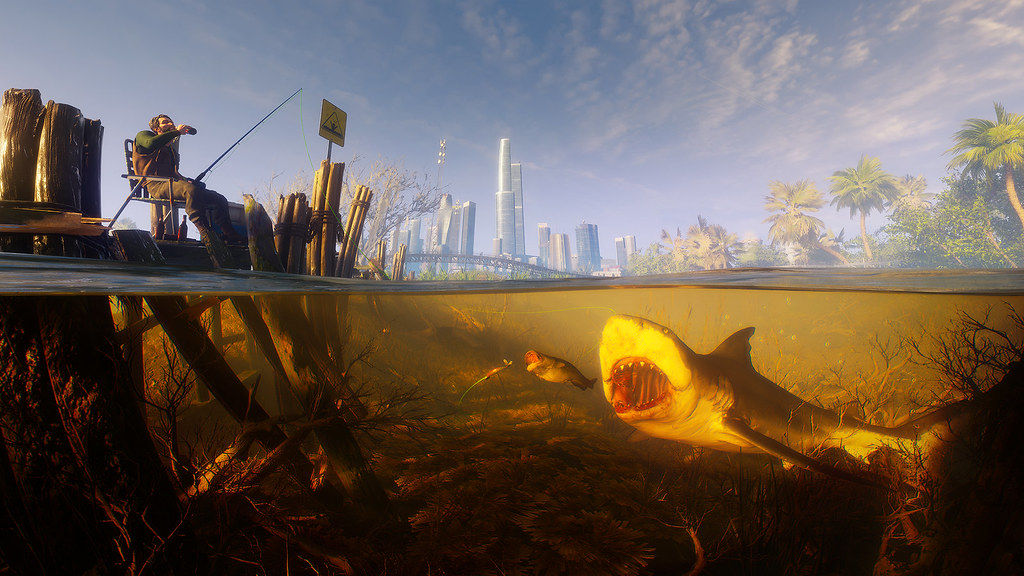 There are 8 regions in Maneater’s open world, and each of them are jam-packed with their very own unique ecosystems full of tasty fish, unassuming vacationers, fierce shark hunters, and even some dangerous predators. There truly is something to do or discover around every turn.

In Maneater, you are the star shark in a “Man vs. Nature” reality show documenting your rivalry with maverick shark hunter Scaly Pete. The narrator, voiced by SNL alum Chris Parnell, will occasionally chime in with some fun, sometimes educational and witty dialogue that tells you a little bit more about the world you’re inhabiting. By injecting the game with just the right amount of satire, we landed on a story that really adds some lightheartedness to the visceral gameplay. The game’s still a ridiculous bloodbath, but it’s a bloodbath with HUMOR!