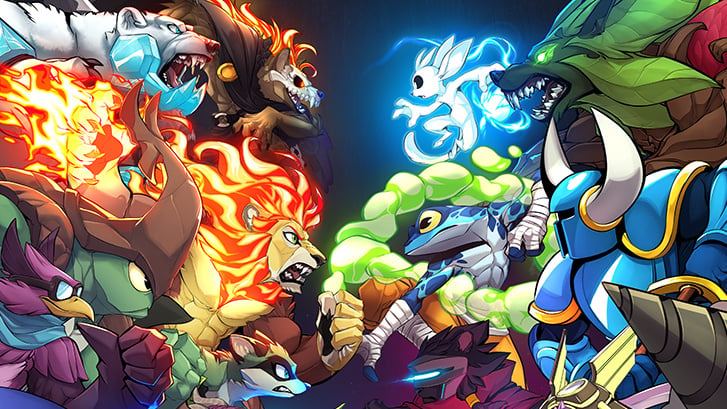 Next week, on 24th September, indie developer Dan Fornace will finally bring his brawler Rivals of Aether to the Switch.

This game was originally referenced as coming to the system back in January 2018, so it’s been a long time coming. When the game does arrive it’ll be the definitive edition, which gives players access to the “full cast of characters”. Here’s the full rundown:

The Definitive Edition of Rivals of Aether is loaded with content. New features, modes, and extras are all bundled up with our full cast of characters from the entire span of Rivals’ development. Instead of buying our original and guest character expansions separately, the game is now one complete package with everything included for $29.99.

This also includes guest characters like Shovel Knight and Ori from Ori and the Blind Forest. There are additional modes as well, such as Tetherball “a sports battle mode” and along with this is improved online play. Learn more about what this version of the game contains on the official blog page.

Is Rivals of Aether a game you’ve been waiting to play on your Nintendo Switch? Will you be picking it up on release? Tell us down below.