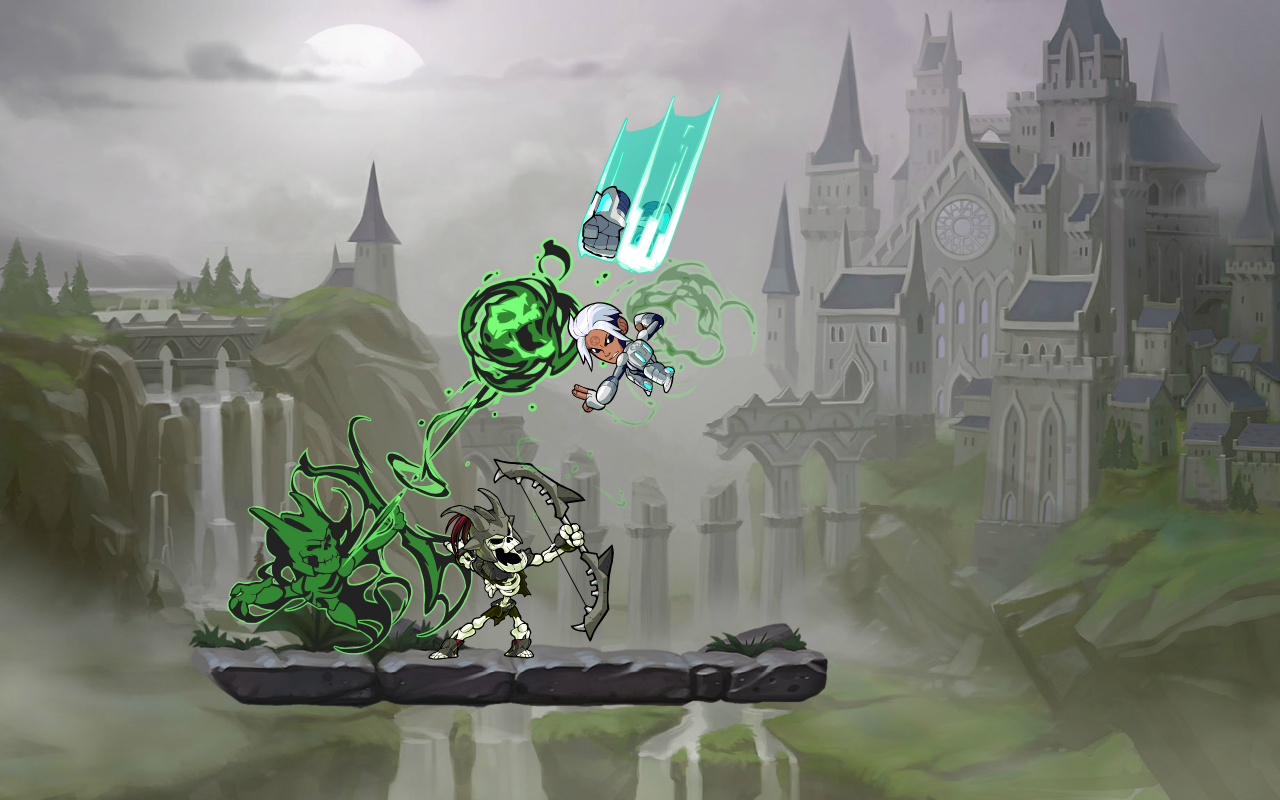 Ubisoft has revealed that its free-to-play platform fighter game Brawlhalla will be launching on Nintendo Switch this November.

The game, which has now amassed an impressive 15 million players across its PC and PS4 versions, sees players trying to knock one another off the stage in a very similar style to Super Smash Bros. As you can see in the trailer above, there are numerous similarities between the two titles, with all the frantic fighting action you’d expect from a platform brawler.

Developed by Blue Mammoth, Brawlhalla features over 40 unique characters, with options for players to jump into single-player and co-op modes, as well as online and local competitions. Controls are designed to be straightforward, again adopting Super Smash Bros.’ approach by having one-button special moves, with various weapons falling from the sky which can help to deal some serious damage. You can also grip onto the side of the stage should you fall.

To spice things up a little, you can also perform two quick consecutive dodges, either sideways or vertically. Once in the air, you can perform any combination of three available jumps: a directional air-dodge; a ‘gravity-cancel’; and ‘fast-falling’.

The Switch version arrives on 6th November, plonking itself on the eShop for free just a month before Super Smash Bros. Ultimate arrives on the scene. Will its free-to-play nature draw away any potential Smash buyers? We’ll have to wait and see.

Are you excited to see Brawlhalla on Switch?

allyenx - February 25, 2021 0
Update #2: The Flames of the Nether DLC for Minecraft Dungeons is now available. In addition to this paid content, there's also a...