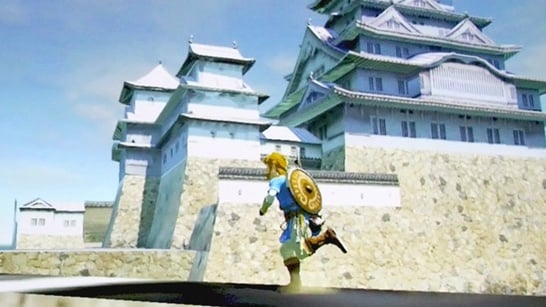 Back in 2017 – the same year as the release of The Legend of Zelda: Breath of the Wild on the Wii U and Switch – Nintendo showcased the early stages of the game’s development at a CEDEC conference.

Now, some images of the footage it shared at this event have surfaced online. It shows a map of Japan, Link running around Himeji Castle, and the unused skydiving mechanic – which was apparently lifted from The Legend of Zelda: Skyward Sword but never properly implemented into Breath of the Wild. Take a look below:

The team supposedly used a 2D map of Kyoto to help gauge the distance between landmarks in the game and then built up certain locations, such as Himeji Castle, into basic 3D models (thanks, @Pixelpar).

What do you think of these early development screens of The Legend of Zelda: Breath of the Wild? Tell us in the comments.

allyenx - July 28, 2021 0
Shoot-'em-up players are well known for enjoying a good graze. After all, who doesn't? Cows do, for example. But the important distinction between...