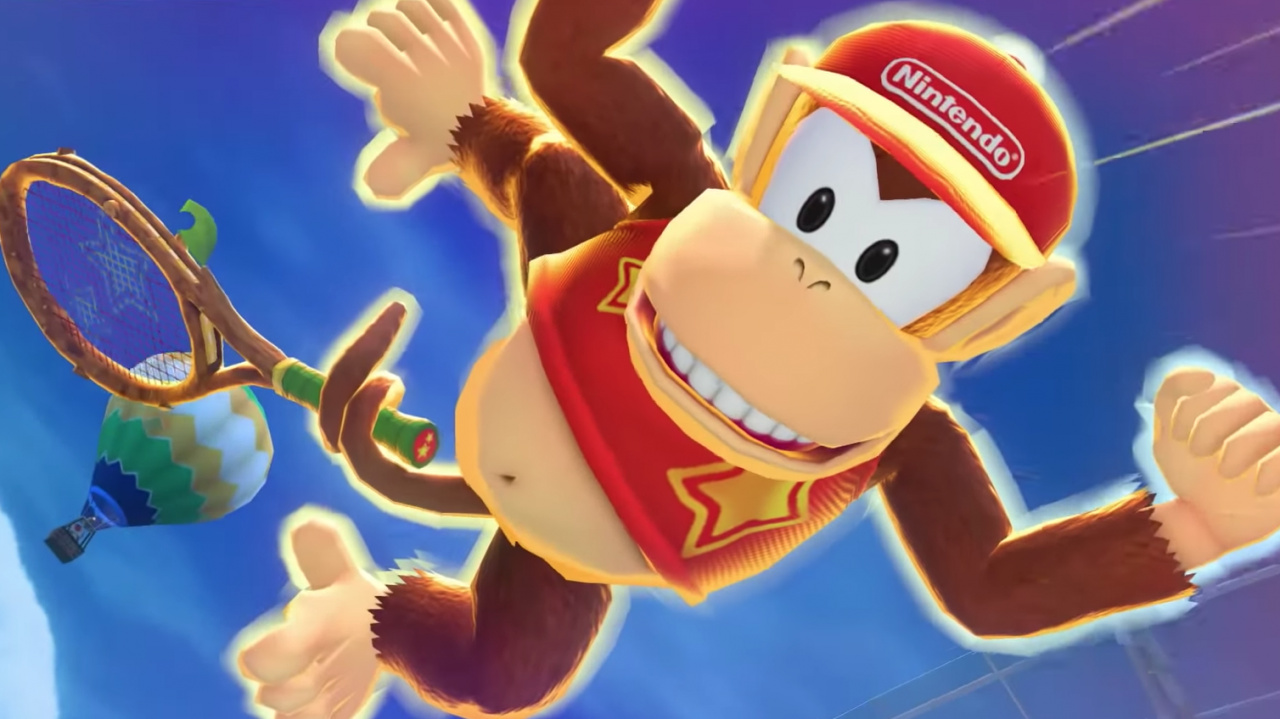 Diddy Kong has been revealed as the next playable character to join Mario Tennis Aces‘ ever-growing roster of sports stars. The best news? He’ll be available starting from next month.

Yes, everyone’s favourite Nintendo hat-wearing monkey will be immediately available to players who play during the next online tournament, taking place between 1st and 30th September. After those dates, once the tournament has well and truly ended, he’ll then be unlocked for everyone, regardless of whether they participated in the tournament or not.

You can see Diddy in action in the new trailer above. He’s a fast-paced character (in the ‘Speedy’ class) who comes with a vine-swinging special shot and adorably holds the ball with his tail. Now we all have yet another character to master!

Have you been taking part in the Mario Tennis Aces online tournaments? Will you be giving Diddy Kong a try next month? Tell us below.