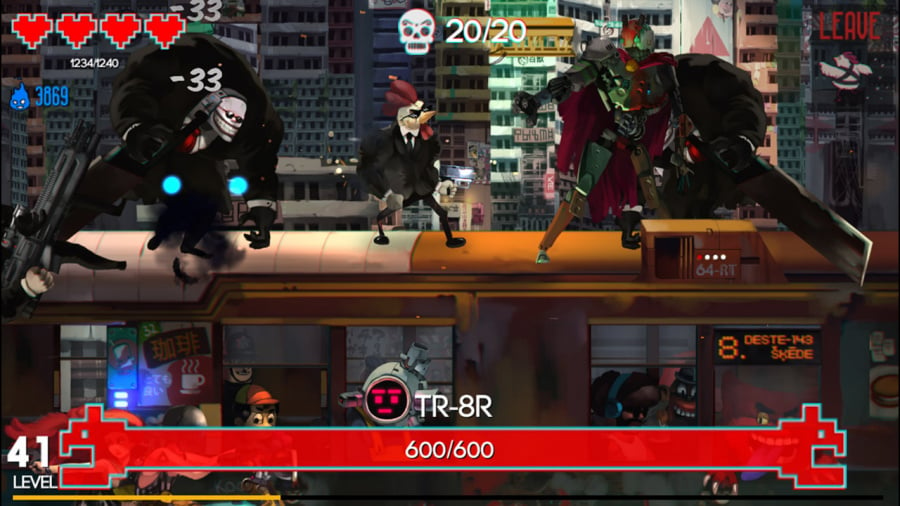 Everybody knows that the bird is the word on the Nintendo Switch. We got your humble Cuccos in the greatest Legend of Zelda ever made, a chicken who lays bombs, a duck who can throw down with the best of the best and even a boy who is an owl. Joining the feathered ranks is Mean Mcallister, the toughest chicken in the hood and then some. But is there enough meat to this bird?

Chicken Assassin: Reloaded is a ‘clicker’. Yes, those games you often find on mobile platforms that are purely designed to reward the player for tapping the screen as many times as possible. It’s a very simple gameplay mechanic but one that will instantly appeal to gamers looking to spend some free for quick satisfaction. 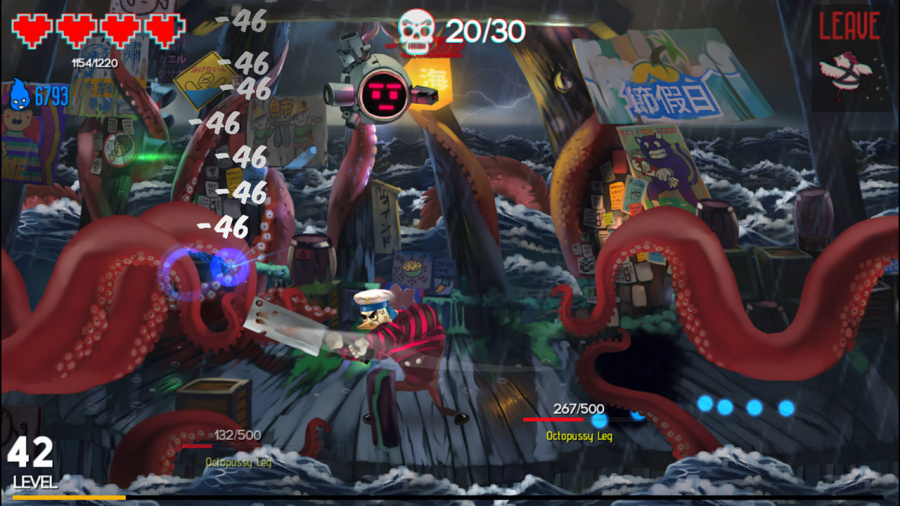 That said, OneShark’s two-year-old offering surprised many gamers with the stellar quality of the product. Presentation still remains impressive even today, with a silly plot that sees Mcallister chasing his lady lover across a varied and absurd amount of levels, filled with some genuinely amusing foes. As for gameplay, you simply need to move the cursor over the enemy on your left or right and unleash the fury on that ‘A’ button. Mcallister just sits in the middle of the screen, taking it and dishing it out until your energy is depleted. Every ten waves you fight a boss, and even if you fall in battle, there is truly no penalty – you get thrown back at the main screen.

Loot is where it’s at, and Chicken Assassin has plenty of it. Some you can sell for souls/cash, while other loot comes in the form of usable weapons (including firearms) and wearable armour, and both visually change your character’s look. As you gain experience and level up, Mcallister’s upgrades are unlocked and can be purchased using the souls you gather during the fights. Not enough souls? Just hit the cauldron repeatedly until you have enough to pay for that upgrade, or open the chest for extra loot. You will be wearing out that ‘A’ button and your thumb, even if you’re not fighting. 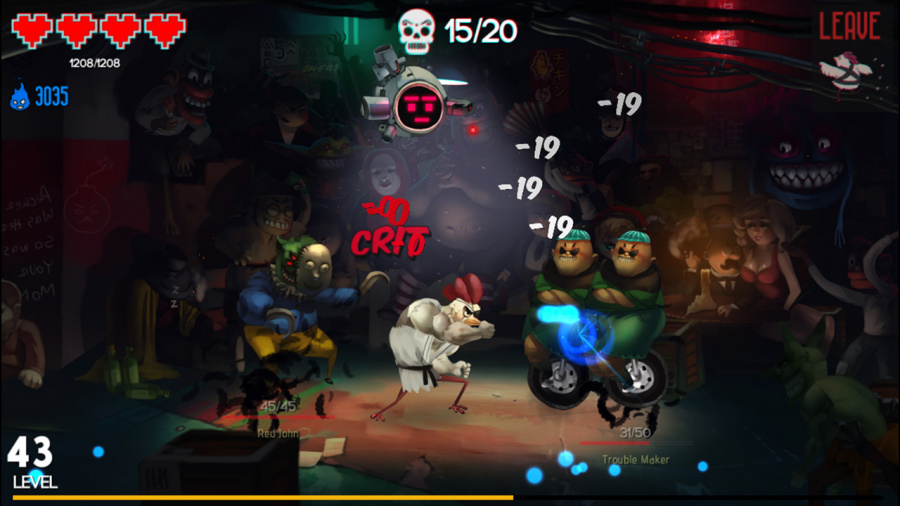 Of course, in its native PC release, playing with a mouse made the gameplay far smoother than controlling a cross-hair, as is the case in this version. But regretfully, the developers didn’t make use of the Switch’s touch screen, so even if you’re not playing in docked mode you are still forced to control the cross-hair and hit that ‘A’ button like there’s no tomorrow. We’re not sure the Switch touch screen is even designed to take the amount of punishment needed to conquer some of the later stages, but it would still be nice to have the option to find out.

As we previously mentioned, the presentation is truly top notch. Varied and humorous characters – whose design often includes nods to pop culture icons – duke it out in lovely environments that begin in the local fight club but will end up in a middle of a riot or even a pirate ship. The level of customisation you can give Mcallister will certainly keep you interested, even if just to see how you can stack up on buffs and how ridiculous you can make him look. But for how long will you be doing the same ‘A’ bashing cycle over and over again until you either get bored, damage your controller of choice or – even more troublesome – get some straining injury?

Chicken Assassin: Reloaded is being marketed as an action RPG and while it certainly does have its fair amount of upgrades and shenanigans, in the end, it is exactly what we already discovered back in 2016: a ‘clicker’ game dressed up in humorous and stylish art that effortlessly manages to make other ‘clicker’ games look appalling by comparison. While this bird does nothing wrong and snugly fits among the other avian heroes already out on the Nintendo Switch, we are not sure if the general audience will greet him with open arms or clenched fists.