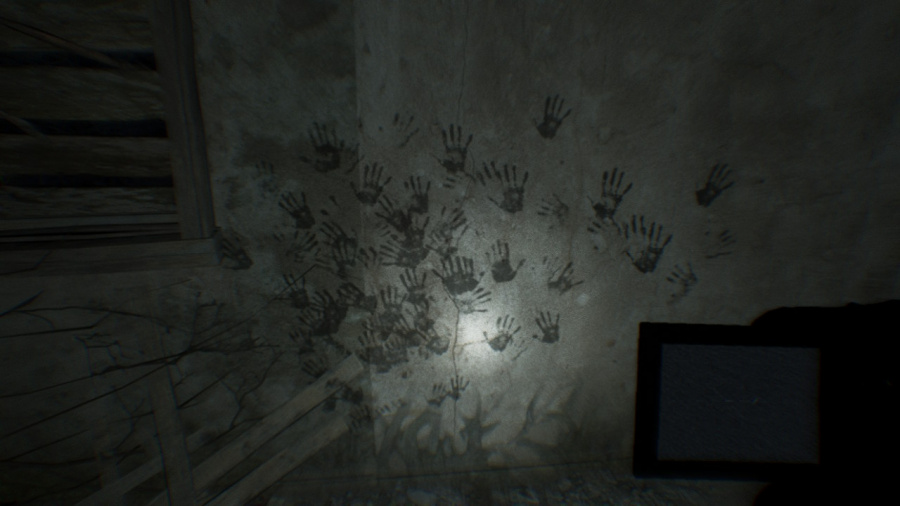 1999’s The Blair Witch Project was something of a milestone in modern cinema history. An independent, low budget hit that made mega-profits at the box office, it was the first truly successful “found footage” movie (although not “the” first) as well as the first to cleverly employ the internet in a viral marketing campaign that sewed confusion as to whether the events portrayed onscreen were in fact real. It was a slickly-devised slice of fiction with a terrifying setup and devastating pay-off, one that should have been fertile ground for solid follow-ups. However, subsequent movies in the franchise, including a woeful recent reboot, failed miserably to make good on this promise.

Fast forward to 2019 and Polish developer Bloober Team, the developers behind the excellent Layers of Fear series, has made a reasonable stab at a video game spin-off here with a first-person psychological horror effort that has a handful of clever ideas up its sleeve and tells a pretty effective story, even if it never really manages to bring any big scares or indeed to make the most of that strong source material. Set two years after the events of the 1999 movie, Blair Witch (or “Blair Switch”, if you’d prefer) sees players assume the role of Ellis Lynch, a former cop, and all-round highly unlikeable fella, who joins the search for a local nine-year-old boy who’s gone missing in the very same Burkittsville woods in which the original film played out. With just your crappy flashlight, retro cellphone and faithful doggo Bullet in tow, you set off into the darkness where, over the course of the game’s roughly six-hour running time, you’ll come face to face with not just the evil forces running rampant in Burkittsville, but your very own extremely troubled past.

To go into much more detail with regards to the game’s narrative would be to ruin what twists and turns Bloober Team has lying in wait. However, what we will say is there’s an interesting premise here with the expected witch-related shenanigans, jump scares and nods to the source material, bolstered by Ellis’ traumatic personal backstory which slowly drip-feeds into proceedings and gives the game a reasonably strong – if somewhat obvious and rather drawn-out – final act.

Of course, spooky haunted woods, witches and personal traumas aside, the real star of the show here is undoubtedly Bullet. Ellis’ scruffy sidekick is one of the game’s two major gameplay mechanics and this particular good boy can sniff out clues and items, pick up a scent from certain mission-critical objects you present to him and is indispensable in the handful of supernatural combat encounters the game throws your way. He’s a just an all-round very well-realised loveable doggy pal; always at your side, sniffing for leads, prepping himself for a sneaky pee against some scenery and reacting to you as you pet him, scold him or feed him some snacks from your rucksack. There are occasions when he’ll snag against some background scenery and we had to repeatedly issue him the same command in order to get a response from time to time but, overall, Bullet hits the mark and is a fun and comforting buddy with which to explore your surroundings as you make your way through the unfolding nightmare. Furthermore, your treatment of Bullet also feeds into how the ending of your run through the game plays out.

The other major gameplay system in Blair Witch involves a camcorder that you’ll find early on in the story which can be used to solve a handful of rather simple environmental puzzles. As you scour your surroundings, you’ll happen upon a number of tapes which can be loaded into said camera and played, paused and rewound via its pleasingly fuzzy ’90s-style screen in order to physically affect actual objects in the game world.

For example, early on you’ll find and watch a tape in which a tree falls over blocking a route forward, you’ll then happen upon that very same fallen tree and blocked route in real-time. In order to move the obstacle, you simply rewind the tape to a point where the tree is still standing and hey presto, your path is clear. It’s a pretty gimmicky setup that isn’t really implemented in any particularly interesting ways – as well as being explained rather poorly at the outset – but the simple act of watching these quite nasty tapes for clues on your fuzzy camcorder screen whilst stood in the darkness of Black Hills Forest is still occasionally creepy stuff. Away from these two pretty unique central gameplay mechanics, Blair Witch does, unfortunately, tend to struggle. As much as proceedings are naturally injected with a nice amount of tension just by being set in a location that we’re already creeped out by due to our knowledge of the movie, this game just doesn’t make the most of this foothold and instead falls into a somewhat unfortunate pattern of repetitious wandering around woods looking for the next critical item – a task which can be finicky given how small the tapes and photos you’ll come across are – in order to push the story forward. Black Hills is also a disappointingly small area to explore and there’s no danger of you feeling like you’re actually lost in the woods as the scenery and hidden dead ends warp around you, fencing you into contained areas so that you never wander far from your objective.

There are strange omissions in how tension is created here, too, given the material the developers are working with. They throw in lots of those strange little wooden carvings and Twana stick charms from the movie and yet don’t think to include that absolutely terrifying twig-snapping sound that signals that the witch, or some other supernatural terror, is nearby. When we think of The Blair Witch we immediately go straight to that loud twig snap echoing through the darkness of Black Hills Forest, and it’s a shame it isn’t used at all here as it really would have been an instantly unsettling audio trick. The handful of puzzles you’ll be required to solve are fairly pedestrian affairs that don’t really feel like they’re a great fit for a horror game and serve only to frustrate, as well as suck the tension out of proceedings. We’re talking about hackneyed stuff; replacing broken fuses in a fuse box, clearing logs off a railway track and searching high and low for missing pieces of machinery. Ellis also constantly cracks wise and never really seems to be sufficiently worried, never mind terrified, by anything that’s occurring around him.

The combat encounters that you’ll have are also disappointing and rather clunky, requiring nothing more from you than to watch what direction Bullet is pointing and shine your flashlight in order to ward off the evil. These sections feel really hit or miss mechanically and aren’t helped by the fact it’s often hard to see where Bullet is or where he’s pointed at the same time as directing your torch. Also, for a game that’s based on a movie that famously knew to keep its protagonist well hidden for its duration, Bloober Games’ effort shows its hand a little too early with regards to its main threat, losing a lot of its ability to scare in the process. The final third of Blair Witch, when Ellis’ past finally catches up with him and the game locks you into a much creepier and more claustrophobic setting, is where this one is at its strongest, with traumatic events from your history colliding with the supernatural in an explosion of pretty horrific imagery. However, even this standout section of the game is sullied somewhat by being dragged on for far too long; any initial tension or fear soon gives way to a desire for things to just end already.

As much as it may sound like things are all bad for Blair Witch, we did still have a reasonably good time with this one. It has a decent premise, Bullet is awesome, there’s a handful of decent scares and the whole thing (eventually) finishes pretty strongly in a climax that draws the supernatural and mental elements of Ellis’ struggle together in a sustained assault on the senses. It’s certainly no match for the movie on which it’s based but we’d wager it’s a hell of a lot more entertaining than the films that followed that one, or the abysmal 2016 remake.

In terms of this Switch port, there are the expected graphical downgrades and what was once a pretty spectacular looking game on PC has been stripped back to keep things running smoothly. Fancy lighting effects, reflections and textures have, unsurprisingly, all been reduced to their lowest settings but overall – and we suspect this is helped to no end by the fact most of the game takes place in the dark – this really isn’t a bad-looking game at all on Switch. In handheld mode, things do get blurry, with dynamic resolution scaling kicking in to steady the framerate here and there, but in docked mode picture quality is crystal clear and we didn’t experience any significant stutters or bugs, beyond an occasionally stubborn doggo, during our time here. The one major issue that we did have was an early puzzle involving fuses that’s made a little more difficult in handheld due to the blurriness of the image quality but, overall, this is a pretty solid port that makes the expected concessions to get things running smoothly on Nintendo’s console.

Blair Witch starts off strong, throwing its players into a setting that comes with some pretty terrifying baggage for anyone who’s familiar with the film upon which it is based. It’s got a handful of fun mechanics, including the absolute star of the show, Bullet, and its story comes on strong towards the end, injecting the final third with some real tension. However, this is also a game that plods along for the most part, making no real use of its spooky setting, instead hemming players into small areas and forcing them to partake in a string of simplistic and rather hackneyed puzzles and busywork at the expense of any real tension. Overall then, Blair Witch is something of a mixed bag; it’s not the worst horror game we’ve played recently, but it also doesn’t do enough to earn a hearty recommendation.