Kirby — one of the most famous faces (with little podgy arms and feet attached) in Nintendo’s stable of stars — has been wowing players with his impressive abilities and sheer versatility for nearly thirty years now. Created by Smash Bros. boss Masahiro Sakurai, the pink one built up a very impressive library of games across a variety of genres since his 1992 Game Boy debut, Kirby’s Dream Land.

In fact, Kirby and his catalogue represent an odd dichotomy. He’s a super approachable platforming protagonist ready to onboard novices and younger gamers with his sedately iterative adventures, but he is also (and perhaps fittingly seeing as he’s the product of a company named HAL Laboratory) the subject of numerous madcap gameplay experiments; a guinea pig for new game mechanics and ideas. Kirby is all-at-once video gaming’s blandest and most exciting character. Perhaps such adaptability is to be expected from an individual who can transform at will and adopt the characteristics of literally anyone or anything he comes into contact with.

We recently asked Nintendo Life readers to rate their favourite Kirby games and the result is the ranked list you see below. For the sake of comprehensiveness, this selection includes every spin-offs, ‘Deluxe’ re-release and upgrade, compilation and port of his previous hits — thirty-five by our count.

Importantly, the results are updated in real time according the each game’s corresponding User Rating in the Nintendo Life game database. Therefore, it’s totally possible to influence the ranking below as you read this. If you haven’t rated your favourites yet, simply click the star on the game you wish to rate and assign an appropriate score.

Enough chatter. Jump aboard your warp star and hold on tight — we’re about to take you through every single Kirby game ranked from best to worst. Well, worst to best, actually. There’s nothing wrong with a little suspense…

Kirby Battle Royale falls into a ‘B’ or ‘C-list’ category of releases. While the main games in the series on 3DS offer creativity, smart design and generous amounts of content, this one falls short on all counts. It’s not a bad game, but it is mediocre. For families and mini-game enthusiasts able to dabble in local multiplayer, there’s some fun to be had, but a repetitive Story Mode and sparsely populated online servers will sap anyone else’s enthusiasm. Kirby may have many of his iconic abilities here, but the copy-paste approach and limited mini-games mean this doesn’t come close to the quality and fun of the mascot’s other games. 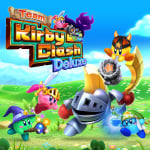 A free release based on the Team Kirby Clash mode in Kirby: Planet Robobot, Team Kirby Clash Deluxe was a neat free-to-start multiplayer experience combining the action-RPG gameplay of that mode with a peppering of F2P mechanics (battle limitations and Gem Apples as a currency, for example). It also used the 3DS’ Streetpass feature — oh how we miss it! — which enables the Kirby’s of people you pass in the street to join you in battle.

Expanding on the original Kirby Fighters mini-game from Kirby: Triple Deluxe with team battles, boss fights, collectable cosplay and several new stages, Kirby Fighters Deluxe is both a worthwhile upgrade and a great game in its own right. The lack of online play is a let-down, but this one’s worth finding friends for; local multiplayer is an amazingly good time, and simple controls, helpful handicaps and Download Play make it accessible for all.

An upgraded version of fellow free-to-start Kirby game, Team Kirby Clash Deluxe, Super Kirby Clash holds up the series’ standard with its impressively diverse boss roster, straightforward RPG-lite mechanics, and deep potential for replayability. Online multiplayer is unstable and unreliable, but as a free-to-play release, Super Kirby Clash handles its monetisation smartly and doesn’t hold back too much, offering you a fair amount of time-gated content relative to how much you feel like paying. There’s little reason not to give this a try if it passed you by.

Another standalone update of a mode from a previous game, Dedede’s Drum Dash Deluxe is a hit for rhythm game fans; short but very sweet, it offers wonderful tunes, clever levels, and tons of trademark Kirby charm. It’s also an excellent expansion of the original mini-game, with all new stages and lots of fun gameplay tweaks. Anyone looking for a fresh take on musical platforming should hunt this one down. It’s Dedede-lightful. 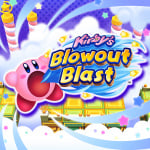 A standalone version of the Kirby 3D Rumble sub-game from Planet Robobot, Kirby’s Blowout Blast leans back into the series’ Dream Land roots despite its added third dimension. Blowout Blast looks beautiful, controls well and is easy to pick up, play, and replay. It’s also just a bit too simple in its construction, and could have benefited from some surprises to spice things up in the main stages. Younger players will likely have a blast, and there’s still plenty of Kirby love for completionists, but anybody not fully down with the score-chasing element might find the experience a tad deflating. 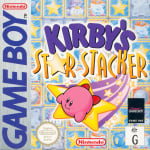 If you enjoy falling block puzzlers, then Kirby’s Star Stacker is a fun little one-of-those. The Round Clear mode gives you some fixed levels to play through, after which you’ll be left with high score attempts, just like most puzzlers. It got a Japan-exclusive Super Famicom remake very late in that system’s life, although it never came to the West because the mainstream market for SNES games had disappeared by 1998. All told, it’s quite fun.

Released in 2000 in Japan and the following year in North America, this GBC spin-off never came to PAL shores. The cartridge included a tilting sensor which enabled you to control Kirby by rolling him around levels, guiding him to the goal. Kirby Tilt ‘n’ Tumble isn’t ground-breaking, but it’s a fun Kirby curio and worth playing if you can track it down.

Make sure you’re playing it in a regular GBC or GBA, though — the accelerometer doesn’t like being held upside down in a GBA SP, and you won’t get very far plugging it into a Game Boy Player, either.

Relabelled as Kirby’s Ghost Trap in Europe, this is simply Compile and Banpresto’s Super Puyo Puyo with a lick of pink paint from HAL. In the battle of the 16-bit Puyo puzzlers, Dr. Robotnik’s Mean Bean Machine arguably has a slight edge over Kirby’s Avalanche (for casual players, at least) due to the password system and a better soundtrack. It’s hard to go too far wrong with Puyo Puyo, though, and this one’s got Kirby in it. Score! 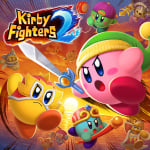 Given that it arrived with practically zero fanfare, Kirby Fighters 2 is a surprisingly brilliant Smash Bros.-style platform fighter spin-off that simplifies its big brother’s control system but still offers a healthy amount of depth with its twenty-two-character roster. Its Story mode, in particular, is a clever and compelling way to make each battle feel important, and that mode alone lasts long enough to make it worthwhile for solo and co-op gamers looking for a meaty Kirby experience. Scrappy, but in a good way.

A first playthrough of Kirby’s Block Ball lasts about three hours — it’ll take most players longer to surmount each world’s benchmark high score and unlock the final world — and there’s replay value to be found in score-making. The classic gameplay of Breakout and the delightful Kirby presentation, music and unique power-ups come together well, even if there can be a tad too much waiting and hoping in later worlds. Still, Block Ball is a decent chunk of entertainment. 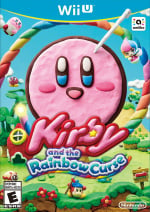 Kirby and the Rainbow Curse is perfect for a lazy Sunday afternoon: a pleasant roll through a gorgeous world, with some novel concepts, and one of the most beautiful games on the Wii U. However charming the game may be, though, Rainbow Curse is a few strokes from greatness: overly repetitive mechanics, underused ideas, and a failure to integrate its clay theme into gameplay in any meaningful way keep it from reaching the lofty heights its art style promises. Well-crafted, then, but not a masterpiece.

Prepare to Sail the Seas in Pirate Action RPG Under the...

allyenx - February 26, 2021 0
Welcome to Next Week on Xbox! Here we cover all the new games coming soon to Xbox Series X|S, Xbox One, and Windows...