Update: It has been confirmed that Azur Lane: Crosswave will be launching “physically and digitally” on Switch in the west in February 2021.

Based on the Chinese side-scrolling shooter Azur Lane which was released on smartphones in 2017, Azur Lane: Crosswave is set in a world where over 50 battleships – including real-world craft such as HMS Hood, IJN Yamato and Bismarck – are reimagined as wide-eyed, anime-style girls who command massive fleets of ships.

The game is already available on Steam and PS4, and the Switch port will benefit from the inclusion of characters Taihou and Formidable from the outset – they were previously DLC on other formats. There’s also an updated Photo Mode where players can choose up to 6 characters instead of 3, “with extended camera angles!” 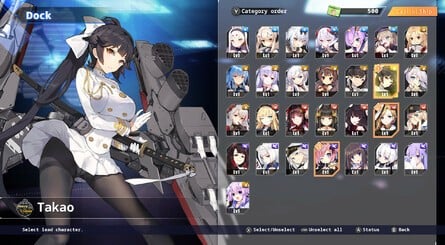