A guide to FFXIV’s Ruby Weapon on PS4

PS Plus games for March announced


Freddy Fazbear and his band of animatronic antagonists are back in Five Nights At Freddy’s VR: Help Wanted, and I’m thrilled (and chilled) to report that yep, they’re still pretty dang scary.

The goosebumps came as soon as I strapped on the PS VR headset, where Freddy and co.’s eyes leered down at me from the menu screen, following my movements with their oversized plastic eyes.

The new PS VR entry takes us back to Freddy Fazbear’s Pizza, where a night-shift security guard tries to stay alive while the animatronic band characters become mobile and deadly overnight. Fans of the grizzly point-and-click puzzle series will be thrilled to see 20 classic levels from the original games come alive in Help Wanted, accompanied by 20 all new mini-games that pack an equally terrifying punch. 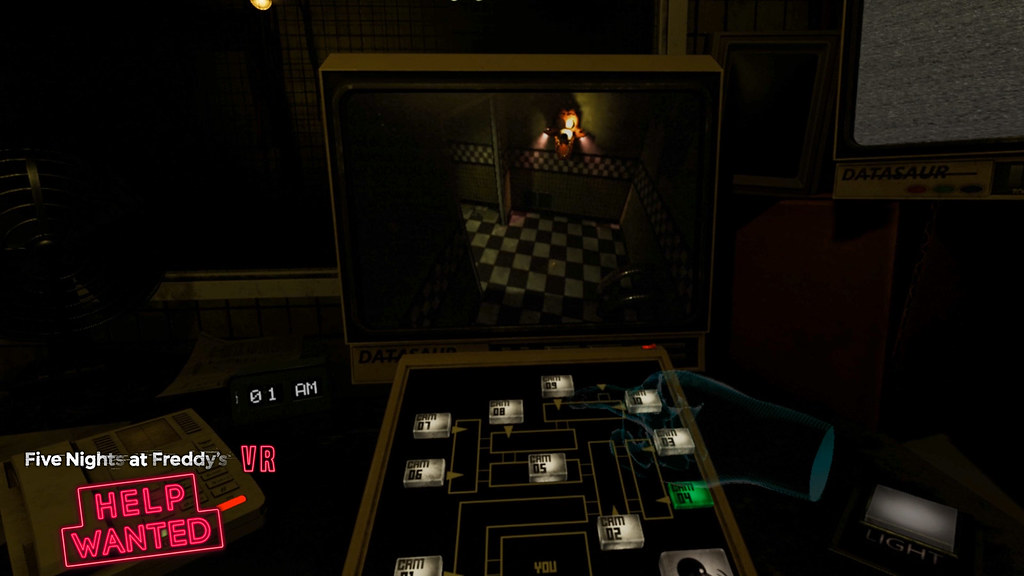 The demo I played through featured three fright-filled mini-games. The first was a recreation of Night 2 from the original Five Nights At Freddy’s.

Alone in the back office, I had to survive the night monitoring several security cameras tracking the locations of the ragtag restaurant band members, strategically closing the office doors when they got too close. Switching between the security cams built a classic horror sense of anticipation, but VR introduces a new element of terror.

It was one thing to see the creepy characters disappearing as I looked forward at the monitor. It was another for me to lose track of one, turn my head, and feel my heart leave my chest as Foxy rushed the room to make me his prey.

Even when you close the doors in time, watching them amble past the office windows will only keep the horror at bay for a moment. Monitoring the power levels and strategically leaving the doors open will help you make it to morning. I took a different approach, frantically (and wastefully) closing my doors for too long, eventually cutting the power, and leaving me in the dark with only Freddy’s glowing eyes to keep me company. 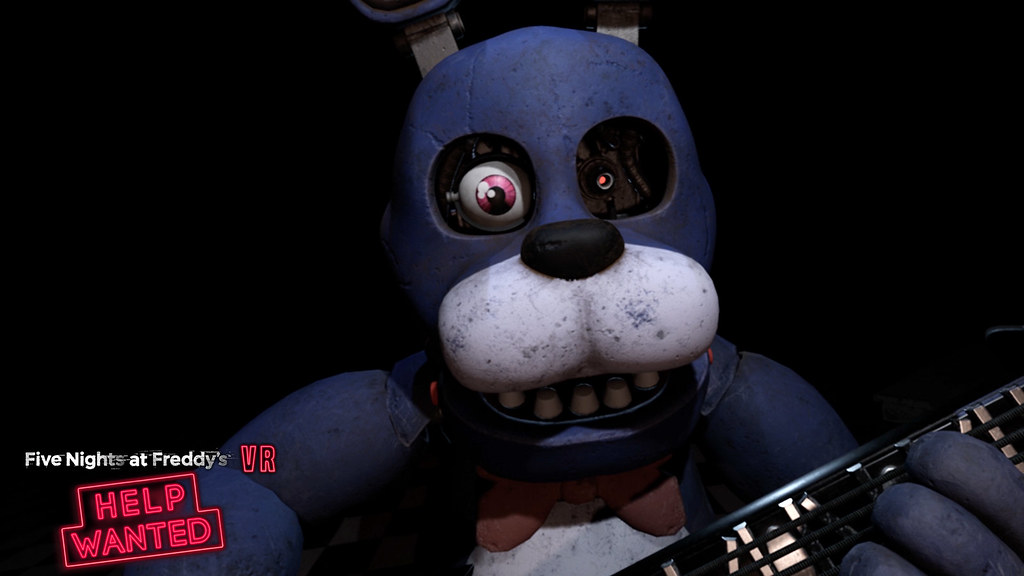 Next up was a new minigame, where I was set to perform repairs on Bonnie the guitar-playing bunny, whose instrument went out of tune. The feeling of unease sets in immediately, with the crooning critter perched disturbingly close, looming over me.

There are a number of these repair-themed vignettes in the full game, and each requires following the technician’s audio instructions very, very carefully as just one mistake will spell your gut-clenching demise. And trust me, I messed up quite a few times.

By my third try I was so nervous that even following the instructions to the letter had me feeling anxious, eyes wide while I unhinged Bonnie’s jaw or reset his eyeballs. Knowing the horror was held in my own hands made it a spine-tingling experience from rough start to finessed finish, and I let out a breath I didn’t even realize I was holding once I successfully completed the repairs. 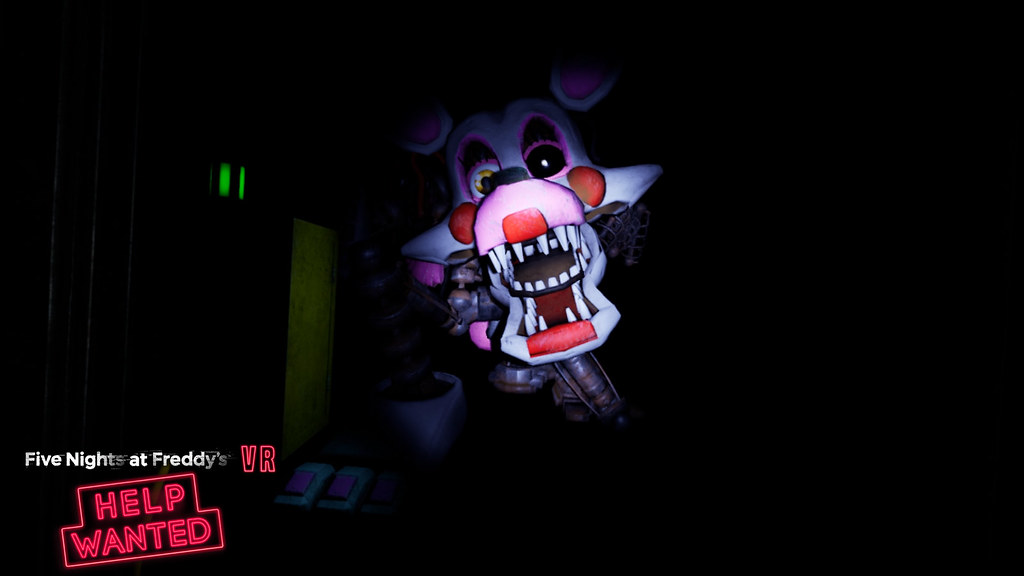 The third mini-game, also an original setting, spoke to two of my greatest and totally reasonable fears: tight spaces, and giant creepy-crawling rat-faced animatronics intent on murdering me. It’s an escape-the-room challenge set within the restaurant’s ventilation system, where I had to rush to push buttons, flip switches, and turn valves in a strategic order, all while one of Freddy’s demented buddies is scurrying through the vents trying to catch me.

Shining light scares the rat off, but each step of the puzzle opens a new part of the vent in a different direction, forcing me to juggle focusing on the task at hand while throwing my head back and forth to catch the rat before it caught me. It felt like a race against myself, panic setting in while I searched for the next valve to turn.

Each mini-game has a unique goal and different set of mechanics, and they all successfully had me on the edge of my seat. Horror games thrive on the anticipation of what might go bump in the night.

Bringing Five Nights At Freddy’s to PS VR makes that night bump up right beside you from every angle, with Freddy, Chica, Foxy, and the full gang nightstalking you at a terrifying real-life scale. The dingy, greasy pizzeria comes to life like a brilliantly interactive haunted house.

The frights aren’t too far away, either. Five Nights At Freddy’s VR: Help Wanted comes to PS VR this Spring.

is the entry-level RTX fast enough for ray traced gaming? •...

Overpass review – an extremely difficult game about driving over rocks...